An Italian story from the beginning of the 20th century 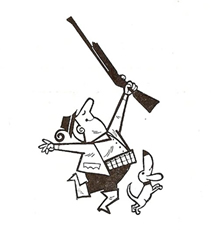 The history of Breda sporting semiauto starts in one of the most renowned industrial groups of the Italian twentieth century, operating in the most diverse fields (engineering, shipbuilding, arms, iron and steel industry)
The production of hunting shotguns began in the very early post-war years: in fact, the first long recoil Breda sporting semiauto appeared in 1947, fully entering the history of the brand’s enthusiasts and collectors with the name 1001.

The year 1953 represents the turning point: the post-war period in fact required a strong restructuring of the Group that leads to the creation of the new Breda Meccanica Bresciana, a company exclusively dedicated to the production of light hunting shotguns, semi-automatic and over&under.

Since that time, Breda sporting semiauto have become a true icon in the world of the hunting art and have won a place of honour in the hearts of many hunters, who still today preserve their firearms with care and dedication. 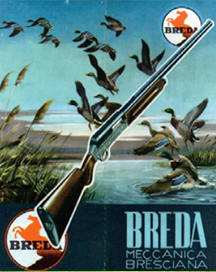 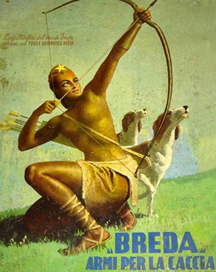 The 1980s represent a milestone that marks even more decisively the affirmation of the company on the market of the production of semiautomatic shotguns, particularly those with long recoil action, with gas operation system, and with the inertial system with  rotating locking head. In 1994 Breda Meccanica Bresciana merged with Otomelara, Italian leader in armaments, giving way for a new historical path.

In 2006, the wide range of Breda shotguns was enriched with a new important innovation in the field of hunting shotguns: in fact, Breda presented Xanthos, the first semi-automatic shotgun with inertial system “Breda Technology”. A real revolution in the field, implemented thanks to the precious collaboration of the famous Bruno Civolani, Italian inventor of the inertial system with a rotating locking head. 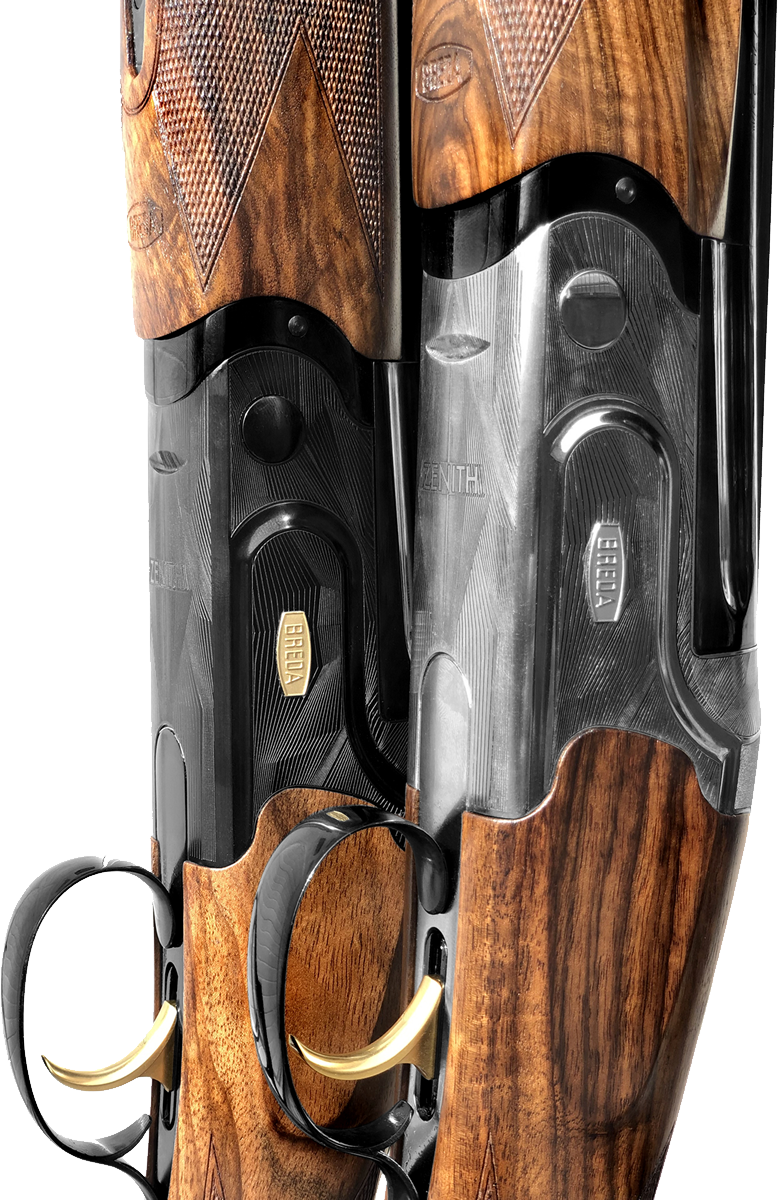 From Hunting to Sport Shooting:

Breda shotguns for every passion

The new generation enters the field in 2008, bringing with it great enthusiasm, passion for details, technical and experiential know-how: a winning combination that involves every aspect of corporate life and led to an important new development. Always associated to the hunting art, Breda shotguns become increasingly appreciated and chosen by sportsmen from all over the world to practice the most diverse disciplines of clay shooting and dynamic shooting.

The collaboration with experienced shooters and champions of international competitions has allowed the development of high-performance sporting shotguns with top shooting performance, but also with great manageability and lightness. Without ever forgetting its historical roots, Breda brand can nowadays be considered one of the most renowned also in the sports field.

A HISTORY OF SUCCESSES… 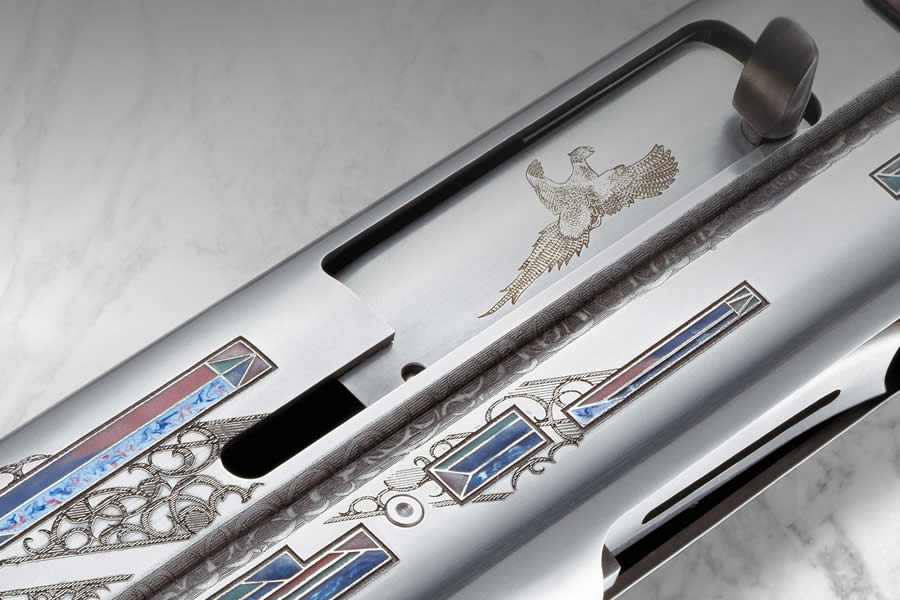 The history of Breda shotguns has its roots in one of the most renowned industrial groups of the 20th century in Italy. Since then, Breda shooting and hunting shotguns have become a true icon in the world of sport shooting and in the art of hunting, gaining a place of honour in the hearts of those who still today preserve their own weapons with care and dedication. Breda is history, it is emotion, it is passion, it is family.

A PASSION FOR DETAILS… 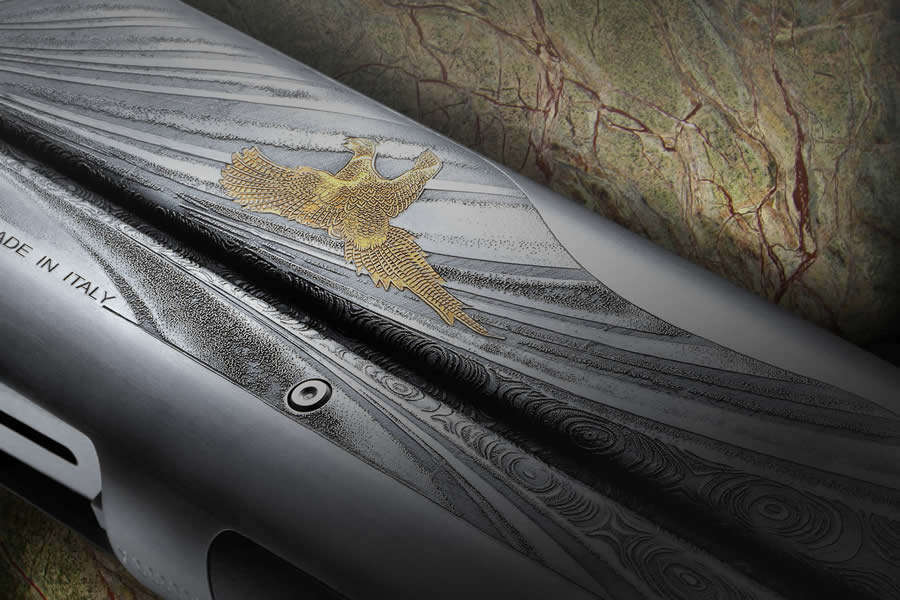 Breda brings its creations to life in the armoury district of Val Trompia, Brescia, where master craftmens with long experience and superfine taste operate their craft. The precious decorations are conceived and designed by artists and master engravers who create suggestive plant compositions, modern avant-garde themes, evocative faunal scenes or even graceful metaphorical figures, capable of giving Breda shotguns a refined and elegant style, always recognisable and to great effect.

AND A SEARCH FOR PERFECTION… 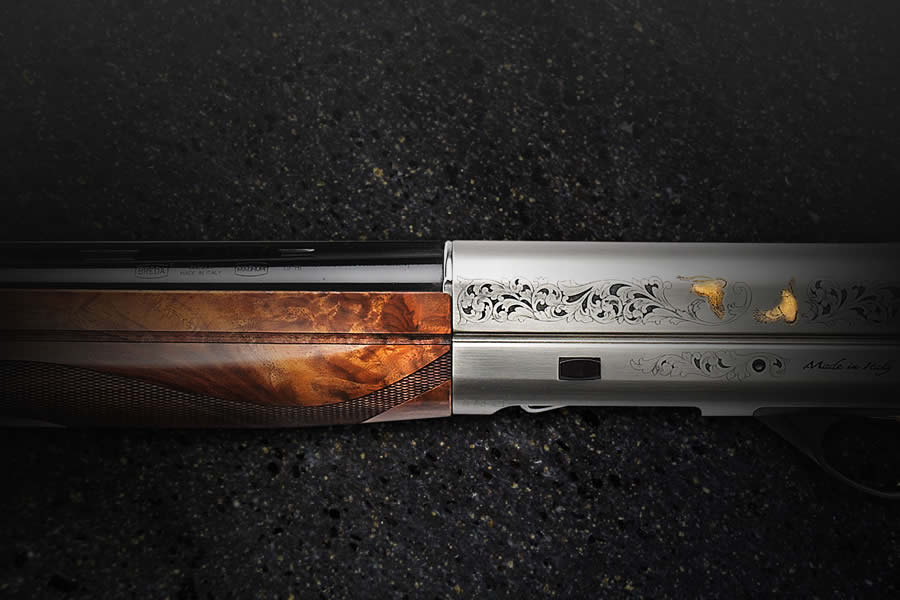 First-class materials, impeccable mechanical workmanship and state-of-the-art assembly are the advantages of a high added-value production that characterises the Breda brand for the production of shooting and hunting shotguns. Once the raw materials have been selected, the expert hands of the artisans proceed with the mechanical processing and surface treatments to create a highly performing product.